The boundaries of investment mandates are in flux. Dealspeak takes a look at how last week's USD 4bn  investment by KKR [NYSE:KKR] and Blackrock’s [NYSE:BX] infrastructure funds to acquire 40% of ADNOC’s midstream assets to find out a little more.

It’s not new to see oil and gas companies hive off midstream assets to infrastructure and private equity funds. This was the transaction of choice following 2014’s oil price crash when companies needed to swiftly dispose of value-retentive assets, and led to deals such as BP’s [LON:BP] sale of CATS to Antin in 2015 and Total’s [EPA:FP] sale of its pipeline and onshore assets to Arclight Partner-backed North Sea Midstream Partners (NSMP) the same year.

NSMP has since seen a double exit, first to Wren House, which subsequently monetised a stake to JPMorgan Asset Management.

The premise has been simple, oil or gas comes in one end and out the other, with the owner of the pipe or tank sat in the middle charging a small and steady fee. A gentle long-term yield for financial investors also frees up the former strategic owner to focus capital and resources on growth projects.

These investors are naturally risk averse and require targets to have revenue derived from long-term power purchase agreements or regulated by government bodies, and would traditionally steer away from exotic climes such as the Middle East. But with the pool of both infra and private equity capital bursting at the seams, the geographic remit for targets has grown.

However, there could be a clear advantage to investing in Middle East assets as opposed to Northern Europe. The complex layers of stake holders that need corralling in European midstream deals can tie potential transactions in knots, with the various owners of the field at one end, and the refining or gathering assets at the other, all with vested, but varied interests.

ADNOC’s assets received tremendous market interest from the start, in what began as a dual track process but quickly slid into a sale on the back of strong private interest. That said, at least one large infrastructure fund shied away from the process due to the target’s locality.

The simplicity of the deal must have outweighed any perceived geographic risk. ADNOC sits as controlling partner on either end of the infrastructure, so unless the oil and gas bankrolled nation decides to completely shun hydrocarbons, the pipelines will continue to transport production until the desert is depleted.

Other similar targets could emerge. Brooge Petroleum, an oil storage business in Oman, has been preparing for a London listing since May last year, for example.

Clunky integrated Middle East oil and gas players are looking to free up capital to invest in new projects and sectors, as well as more downstream exposure and into clean energy. ADNOC seems to be leading the way in this evolution and has been selling down a variety of assets over the last 18 months, including the 35% stake in its refining unit to Eni [BIT:ENI] and OMV [VIE:OMV]. 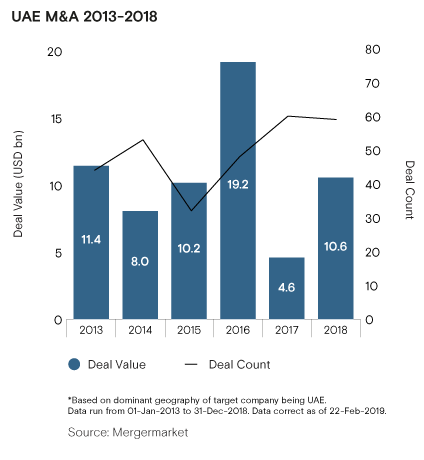 However, Saudi Aramco, Emirates National Oil Company, and Oman Oil, have all expressed an urge to open their capital structure and introduce foreign investors into parts of their businesses. Most want to grow downstream, yet maintain a strategic attachment to upstream reserves, but the midstream is in many respects just a passive financial investment between the two.

The ADNOC assets will be small compared to the total amount of infrastructure criss-crossing the Arabian peninsular. What’s more, the more ambitious target of connecting gas production in the Eastern Mediterranean to Southern Europe may create a connected web of pipeline and storage assets that one day could provide lucrative targets in the space.

by Patrick Harris in London, with analytics by Jonathan Klonowski