Melrose’s proposed £7.9bn takeover of GKN represents the fourth largest hostile approach of a UK-based business on Mergermarket record (since 2001) and the largest since Kraft’s £13.7bn swoop on Cadbury in 2009.

The UK-based aerospace and automotive components engineer has outlined defensive plans to divest businesses, cut costs and return cash to shareholders, but two minority shareholders have indicated it would still not be enough to derail Melrose’s offer.

Hostile UK takeovers have had varied success in recent years. Since 2010, 25 hostile takeovers have taken place in the UK, worth a combined £15.7bn. Of these, more than half have lapsed with 14 failing to complete. 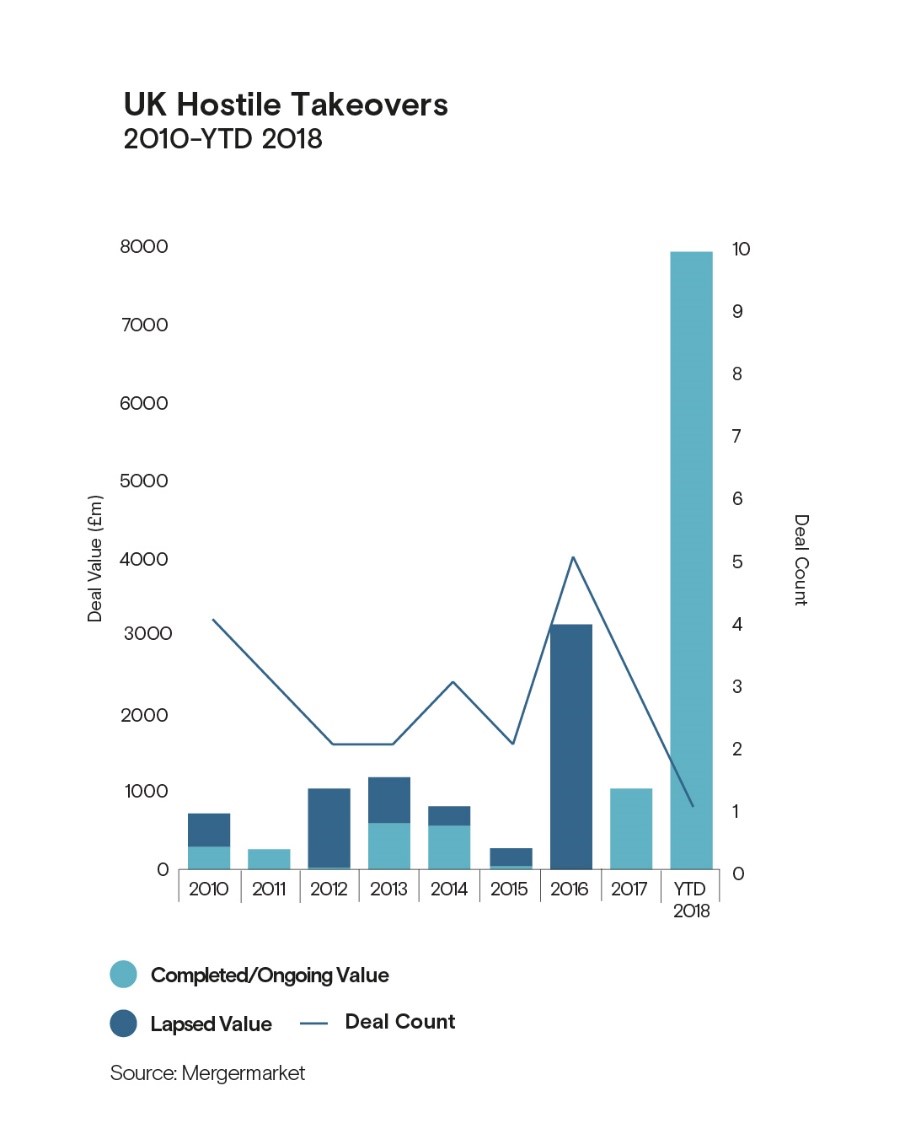 GKN plans on returning £2.5bn to shareholders, improve margins and pay out about half of its free cash flow in dividends over the next three years. However, GKN shareholders could chalk up as much as £3.7bn, excluding regular dividends, in the event of a Melrose takeover.

Besides, shareholders would stand to profit from Nortek – a US-based manufacturer Melrose acquired in 2016 that it is in the process of turning around - and the proceeds of GKN’s powder metallurgy business potential sale, according to Mergermarket intelligence.

Melrose’s offer for GKN has been met with hostility from trade unions, opposition parties and has even been subject to questions regarding the UK’s national security. Looking back at the figures, with 56% of hostile takeover bids lapsing, the outcome could yet go either way.