Egyptian oil and gas M&A activity is set to become an even greater hive of activity as various factors continue to spur international oil and gas companies to exit the country, sector advisers said.

Continued payment issues for incumbent oil and gas companies, paired with a healthy pool of eager acquirers have helped cause an uptick in deal flow, but there is no one single reason behind an extraordinary number of deals taking place, two bankers said. Rather, sellers have individual reasons as to why they wish to divest.

Several companies are looking to strategically exit Egypt due to operational and commercial difficulties and changes in strategy, the bankers said. While no longer core to the incumbents, there are no fundamental subsurface problems with the assets, the first banker added.

M&A targeting MENA’s energy sector has seen an unprecedented start to the year with 14 deals worth a combined USD 9bn taking place, already surpassing all annual values on Mergermarket record. Since the start of 2016, USD 2.7bn has been invested into Egyptian energy across seven deals, accounting for 14.2% of the MENA energy M&A value in the same period.

For many oil and gas companies, Egypt simply no longer fits their business model, both bankers said. BP [LON:BP], which is selling down its interests in its Gulf of Suez Oil Company (GUPCO) joint venture, for example, has had a number of issues with payments and converting the Egyptian pound and wants to refocus its business there to downstream activities, they added.

Egyptian General Petroleum Corporation (EGPC), BP’s GUPCO partner, has more than USD 2bn of overdue debt to its various international oil joint venture partners, including GUPCO, a source briefed on the matter said. Clearing off that debt by the end of 2019 is part of Egypt's pledges to the IMF relating to its USD 12bn loan programme, which puts financial pressures on state-owned EGPC, the source added.

Furthermore, the government has recently agreed to amend the price of the gas it buys from its joint venture partners to incentivise investors new and old, former deputy head of EGPC, Medhat Youssef, said.

Other sellers are motivated by strategic realignment. Those selling their Egyptian operations include Chile’s ENAP  Sipetrol and Naftogazof Ukraine, which position their core businesses elsewhere and want to redirect capital back to those markets, the first banker said.

Companies with private equity backing are looking for liquidity amid a buoyant market. Houston-headquartered, Egypt-focused, Merlon International, majority owned by funds of private equity Yorktown Energy Partners, is for sale, with Citi running an auction process, as per press reports.

Meanwhile, the saga involving Kuwait Energy  Corp. continues, with the company hiring Tudor, Pickering,  Holt & Co part of Perella Weinberg, to conduct a strategic review of the business, as announced by the company yesterday. Last month, a newswire reported that Perella Weinberg is advising the company as it looks to separately sell its flagship Iraq and Egyptian businesses.

As written by this new service, the company’s sale and IPO attempts in the last 18 months have been consistently stymied by internal valuation disparities between the company’s controlling Kuwaiti shareholders, and other investors including two US-based private houses, Blue  Ridge Investment Company and Equity Group Investments, which together own approximately 16% of Kuwait Energy Corp.

These five active deals alone could all be worth up to USD 500m each, the first, and a third, banker, said. The BP sale could see a headline figure above this, the third banker added, but to achieve that BP will need to be creative in bridging the bid-ask disparity, which it has been with similar late life North Sea disposals.

If the aforementioned deals come to fruition, 2018 would represent the most active year for Egyptian energy M&A on Mergermarket record, ahead of the five seen in 2007 with a total disclosed deal value of USD 801m.

What’s more, there are smaller deals too. The Egyptian portfolio of Petroceltic have been on the market for some time, the first and third bankers added. Edison, the Italian energy company owned by EDF [EPA:EDF] is also for sale, and its flagship Egyptian fields are the most attractive parts of its portfolio, as reported by this news service.

It is not just the available targets, but the diverse and well-backed pool of buyers that is spurring Egypt deal flow through the near term, the advisers said.

What’s more, Egypt presents a true marketplace for upstream M&A deal making compared to other MENA countries, such as Iraq and the UAE, where participants are only active at the behest of the state, a fourth sector banker said.

The availability of favourable debt markets to fund buying Egyptian production assets is also encouraging dealmaking, the third and fourth bankers said, and, by-and-large, the country is a good place for those that understand the country’s oil and gas permitting and payment environment.

Infrastructure connects gas produced onshore Egypt to the country’s northern coast in Egypt, from where it can be exported directly to Europe, Youssef said. This gives the country a competitive advantage over further afield gas producers, such as Qatar, making Egypt’s oil and gas sector attractive to new and existing players, he added.

These sale process all have the same dozen buy side parties interested, the third and fourth bankers said. It is a question of who ends up with what, the third banker added.

Many of the prospective buyers are backed by capital from elsewhere in the region, the first and fourth bankers said, such as Apex International, which is run by the former Egyptian management team of Apache Corp., and backed by IFC and private equity house Warburg Pincus, the first banker said.

Kuwait Energy, Rockhopper, SDX, and Apex declined to comment. Merlon, ENAP, Naftogaz, BP and EGPC did not respond to requests for comment. 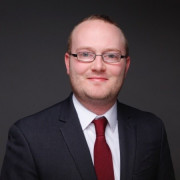 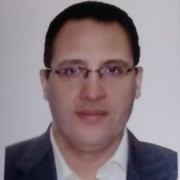