Five views from policymakers on M&A

Five views from policymakers on M&A

Geopolitical events continue to provide a challenging backdrop to M&A in Europe. In an effort to help give dealmakers clarity in navigating this new political era, attendees to Acuris events in 2017 events have benefitted from these first-hand views by government ministers and political commentators. 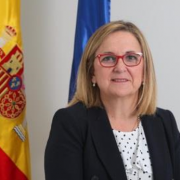 We were honoured to be joined by the Spanish Government’s Secretary of State for Economy and Business Support, Irene Garrido Valenzuela. The unique and unparalleled insight from a key member of government provided an excellent opportunity to highlight the prospects for the Spanish economy and policy initiatives to support investment. The keynote speech celebrated the 10th anniversary of the Mergermarket Spanish M&A and Private Equity Forum, hosted in partnership with Cuatrecasas and BBVA as lead strategic partners, which has tracked the evolution of M&A in Spain over the past decade. The agenda of the anniversary edition looked to address the opportunities in the market through interactive debates and case studies with guest speakers and in particular, our keynote address. 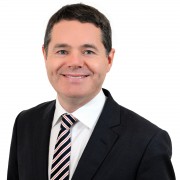 Paschal Donohoe, the Fine Gael TD for Dublin Central and in June 2017 was appointed as the Minister for Finance and Public Expenditure & Reform. Opening the programme at Deal Drivers Ireland, a half-day event examining drivers of corporate and private equity M&A activity, Mr Donohoe tops a programme focussing on practical views on deal execution. The event takes place on 26 September in Dublin. 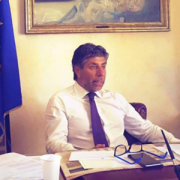 This year marks the 10th anniversary of the Italian M&A and Private Equity Forum. At the Mergermarket event this year, Maurizio Bernardo, Chairman of the Finance Committee at the Ministry of the Economy, will open the conference with a keynote welcome address. He joins a rollcall of prominent keynote speakers at this event such as Giuseppe Recchi, the former Executive Chairman of Eni, and Romano Prodi, former President of the European Commission and ex-Italian Prime Minister. The event is supported by Chiomenti and PwC as lead strategic partners. The event takes place on 19 October in Milan. 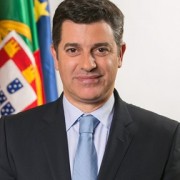 Manuel Caldeira Cabral, the Minister for the Economy for the Government of Portugal joins our first event in Portugal as keynote speaker. Hosted in conjunction with Cuatrecasas, he will share his views on the key threats and drivers for the Iberian economy and the impact that the turmoil in the banking sector has had on dealmaking. Mr Cabral was previously an advisor of the Economy Department of Universidade do Minho and was also an advisor for the Portuguese Insurers Association. In 2015, Manuel was elected to the Assembly of the Republic by the Braga district of Portugal. The event takes place on 9 November in Lisbon. 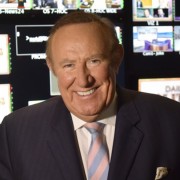 Lord Digby Jones, a staunch Brexiteer serial non-executive director and former Director General of the Confederation of British Industry, delivered a confident outlook for UK business and the opportunities for private equity in his keynote address at Debtwire’s European Mid-Market Forum in May. He put forward arguments that Europe would not snub UK exports for fear of losing out on UK trade opportunities. 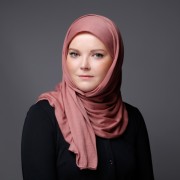 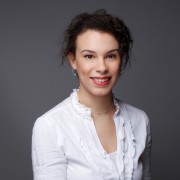 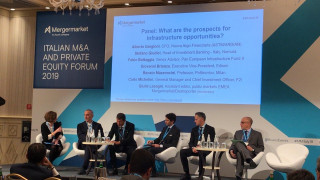 Irene Garrido was appointed as Secretary of State for Economy and Business Support on November 2016. She is responsible, among other functions, for orienting the economic policy, macroeconomic forecast magnitudes, state treasury, financial, insurance and pension policy, prevention of money laundering, statistics and representation in international financial institutions.

Between 2006 and 2011 she was Director of the Financial Economics and Accountancy Department at the University of Vigo, as well as coordinator of the education and research centre at the Menéndez Pelayo International University (UIMP).
From November 2011 to August 2014, she was elected Member of Parliament and appointed deputy spokesperson for the Committee of Economy and Competitiveness.

From August 2014 to November 2015, she was the President of the “Instituto de Crédito Oficial” (ICO), a state-owned bank attached to the Ministry of Economy, Industry and Competitiveness whose functions are to promote economic activities contributing to growth, as well as President of Axis, ICO’s venture capital company. .

Paschal is the Fine Gael TD for Dublin Central and in June 2017 was appointed as the Minister for Finance and Public Expenditure & Reform.

During his time as member of Dublin City Council, Paschal served as Chair of the Environment & Engineering Strategic Policy Committee, as a member of the Corporate Policy Group and also as Chairman of the Central Area Committee.

Paschal is a graduate of University of Dublin, Trinity College, with a degree in Politics and Economics and has attended St. Declan’s CBS, Cabra.

Manuel Caldeira Cabral was born in Lisbon, in 1968.

He is member of the Assembly of the Republic elected by Braga district since October 2015.

He was Professor of Economy in Universidade do Minho since 2004.

He was columnist in Jornal de Negócios since 2007.

He represented the Socialist Party during the negotiation process of European Union financial funds («Portugal 2020») in 2013 and 2014.

He was an invited researcher in World Bank Department of Commerce Investigation and Economic Integration, in Washington, in 2012.

He worked in the cooperation program of the Foundation of Portuguese Universities in Timor Leste (in 2004 and 2007).

He was researcher of the Economy Department of Nottingham University during his PhD.

He was advisor of the Economy Department of Universidade do Minho until he finished his PhD.

Andrew Neil is a publisher, broadcaster and company chairman. He was named Journalist of the Year 2013 by Britain’s prestigious Political Studies Association and one of the 500 most influential people in the UK by Debrett’s in 2015.

In March 2015 The Times said “the ultimate test for assessing whether a party leader was fit to be Prime Minister is to put them in front of Andrew Neil for 40 minutes, the most forensic interviewer in broadcasting.”

He currently holds various roles: he is Chairman and Editor-in-Chief of Press Holdings Media Group, publishers of The Spectator, Spectator Australia and Apollo, the world-renowned art magazine. He is also Chairman of ITP and Chairman and joint owner of World Media Rights. In addition to his business responsibilities, Andrew is a well-known anchorman on BBC TV. He currently presents three editions of the Daily Politics on BBC2 every week as well as the Sunday Politics on BBC1 and the award-winning This Week on BBC1 every Thursday night. He also anchors Politics Europe, which is broadcast on BBC2, BBC News Channel and BBC World.

The following year he left The Economist, to become Editor of The Sunday Times of London, one of the world’s most prestigious and influential newspapers. Over the next 11 years he turned it into the undisputed multi-section market leader, renowned for its investigative journalism and scoops.

While still editing The Sunday Times he also served as Executive Chairman of Sky Television, which he launched as Britain’s first multi-channel satellite TV platform. He created Sky News and brought The Simpsons to British screens.

Until recently he was a member of the International Advisory Board of Al Jazeera, the international news channel based in Doha, Qatar; and Publisher of The Scotsman Group of newspapers in Edinburgh for 10 years.