Mergermarket, the leading provider of M&A data and intelligence, has today published research showing €101bn was spent on German assets in 2018, the second successive year over EUR 100bn.

Dusseldorf, Germany, 20st March 2019: Mergermarket, the leading provider of M&A data and intelligence, has today published research showing EUR 101bn was spent on German assets in 2018, the second successive year over EUR 100bn. The first half of the year was particularly active, with a high of EUR 80.8bn following the innogy and Unitymedia deals. However, the second half saw a clear decline, in line with trends seen globally. Germany saw just EUR 7.7bn in Q4, the first time it failed to hit the EUR 10bn mark since Q1 2016.

Following on from this, the opening to 2019 has been somewhat resolute on the back of a number of high-profile private equity-led deals, despite growing geopolitical uncertainty and the country narrowly avoiding falling into recession at the end of 2018. In fact, in a pre-event survey organised by Mergermarket and Allen & Overy, the top three challenges cited by German M&A dealmakers include the global macroeconomic outlook (69%), global political instability (39%) and foreign regulatory/legal obstacles (38%). Macroeconomic uncertainty linked to a US-China-Germany trade triangle impacted by a war of tariffs and words, alongside conservative buyers unwilling to match sellers’ high expectations has been instrumental in dampening sentiment.

Jonathan Klonowski, EMEA Research Editor at Mergermarket commented: “The unprecedented levels of fundraising amongst private equity firms has driven dealmaking in the opening months of 2019. With greater competition in the mid-market, further high-profile buyouts can be expected through the rest of the year”.

Dr. Thomas Sacher, Head of Corporate Germany at Ashurst commented: “Despite continued interest, regulatory obstacles on both sides have resulted a clear drop in Chinese activity into Germany in the last year. With many German corporates remaining highly attractive for foreign buyers, we will continue to see challenging cross-border situations in the coming year."

Meantime, German private equity buying activity has had an active start to the year.  Buyout deal value has reached EUR 11.2bn, already exceeding all quarterly figures seen in 2017 and 2018. In Iine with these figures, in the Mergermarket and Allen & Overy pre-event survey, 85% of respondents expect the level of private equity buyouts on German targets in 2019 to increase compared to the pervious year (including 18% who expect a significant increase).

Take-privates in the private equity space have also increased in recent years. Between 2016 and 2018, Germany saw 8 take-private deals. In Europe overall during the same time frame there were 78 such deals worth a total of EUR 57.8bn. In 2019 so far, there have been a further six take-private deals in Europe, including the EUR 5.7bn takeover of Scout24. With Bain and Carlyle reportedly poised to buy German lighting company Osram, in what may become a EUR 4bn deal, activity may be starting to show fresh signs of life.

Dr. Nils Koffka Partner at Allen & Overy LLP commented: “Despite the anticipated slow-down in the economy, we assume an active buyout market in 2019, as many PE houses will consider selling their portfolio assets quicker and turbulent stock markets create more opportunities for P2P transactions.” 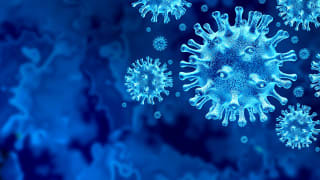