German powerhouse stability and M&A levels hinge on outside influences

German powerhouse stability and M&A levels hinge on outside influences

Escalating US protectionism and interest rate hikes are the biggest external threats.

Germany’s robust economy could be among those to come under threat from external factors such as the potential escalation surrounding US protectionism and a possible growing restriction to credit globally, according to Thorsten Polleit, economist at Polleit & Riechert Investment Management.

Germany’s level of exposure to international markets, with exports and imports accounting for 46% and 38% of GDP in 2016 respectively, means it would greatly feel the impact were those factors to affect global growth and trade, Polleit said during the Mergermarket Germany Forum 2018 in Düsseldorf last week.

For M&A, such dynamic shifts could create an environment more problematic and cause a ripple effect that could stymie and impact global dealmaking, with Germany’s position as a key exporter of goods making it vulnerable to those factors.

Germany’s economy has continued to gather pace with encouraging results in GDP growth and employment numbers. GDP grew 2.3% last year, up from 1.9% in 2016, while unemployment rates have reached a record low at 5.4%, the least since 1990’s German reunification.

The risk from the monetary sphere stems from a possible hike in interest rates, which could negatively impact a global economy that has become dependent on cheap credit as a means to grow, Polleit said. Ten years after central banks slashed interest rates to foster a recovery from the financial crisis, this dependency continues and has consistently raised questions over whether it is sustainable to keep borrowing costs at historic low levels for much longer, he said. 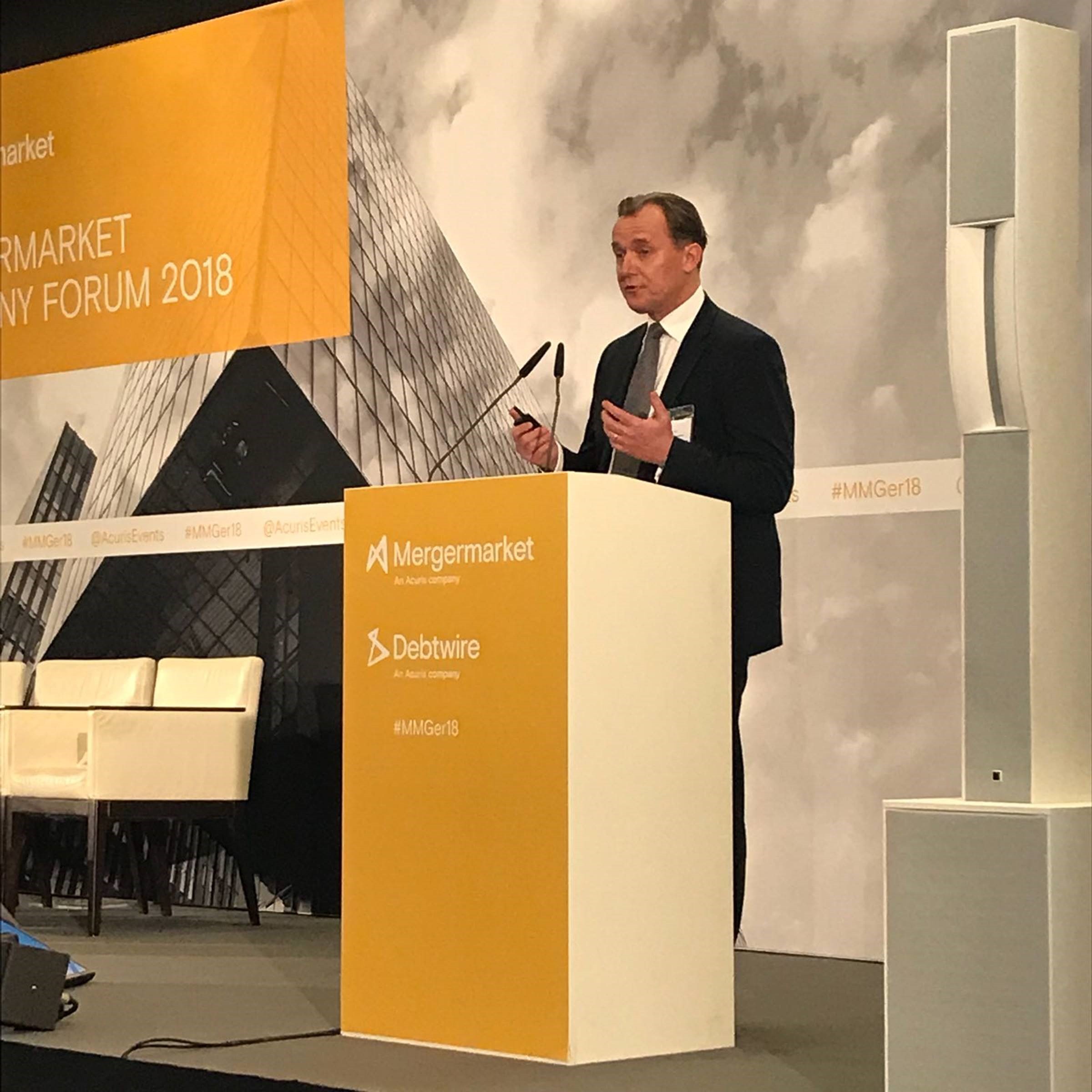 Global-oriented economies, such as Germany, could be negatively affected in the case of a sudden slant towards monetary tightening, which in a worst-case scenario could interrupt growth globally and affect worldwide trade, Polleit said.

Yet Polleit added how global interest rates will most likely remain close to zero for the foreseeable future and the German economy should remain an attractive place to conduct business due to its strong base of small and medium business and global presence.

Cross-border deals have been significant M&A driver in Germany. Outbound deals recorded its highest volume last year, with 393 transactions, and its highest value in 2016, with €115.6bn worth of deals, according to Mergermarket database. Recent German players acquiring foreign targets included Bayer’s €56.4bn takeover of US-based Monsanto.

Germany has also attracted strong inbound interest, with a record €101.2bn worth of deals targeting German companies in 2017 – more than double the €49.6bn conducted in 2016. These included US-based Praxair’s [NYSE:PX] acquisition of Linde and France’s Alstom purchase of Siemens’s rail operations.

Donald Trump’s drive towards a more closed US economy could also threaten Germany’s economy, Polleit said. He outlined three scenarios relating to how protectionism could escalate.

In the first and most prejudicial to global trade, the US raises more trade barriers as protectionism is used as an end on its own. Polleit stressed, however, that this would negatively impact not only other countries but the US itself, therefore making this the least likely outcome. 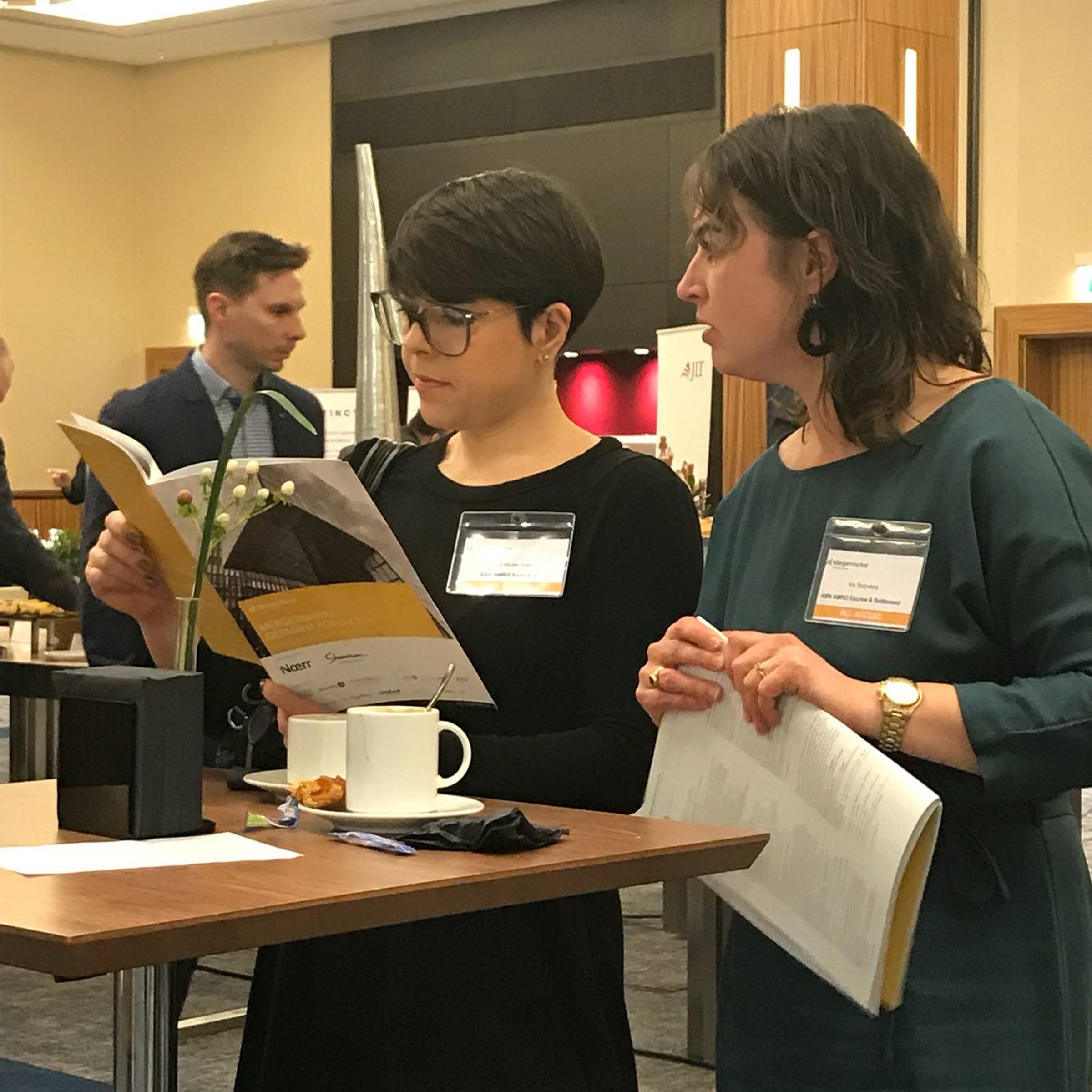 Attendees discuss the programme during a coffee break.

Scenario two would see the US use protectionism as mean to attract capital into the country. This could benefit itself yet become damaging for other economies, including Germany, as companies could shift investment towards America.

The third alternative sees countries responding to US protectionism by implementing initiatives to create a more competitive environment within their own markets, such as in lowering corporate taxes and trimming red tape.

Of the three, Polleit said this scenario could ultimately provide a positive outcome to all parties.

In its latest initiative, the US announced yesterday plans to impose USD 60bn worth of tariffs on imports from China, which could trigger a trade war between the countries. Trump’s administration has also announced it will impose tariffs on aluminium and steel, but has subsequently said it will exempt the EU and six other countries, at least temporarily.