As attendees gathered in the early part of 2016 at Mergermarket's Germany Forum, a number of macro risks were ever-present in the minds of investors and business leaders attending. Commodity prices, slow economic growth, global elections, Brexit, Middle East geopolitics and the refugee crisis were some of the factors that had caused a volatile start to the year.

"2015 provided an uneven picture and market volatility remains," said Thomas Schulz, a partner at law firm Noerr, during the chairman's opening remarks at Mergermarket's Germany Forum. It provided an appropriate backdrop for the theme of day 1, which considered how global risks would impact the financing environment in Germany under the title of 'alternatives and disruption'.

The day opened with an overview of the dramatic shift in Europe's leveraged finance market by Mathew Cestar, Co-Head of Global Credit Products in EMEA at Credit Suisse.

"The structural shift in the way European companies finance themselves continues to play out," Cestar said in his opening presentation. "Bank regulations are forcing an increasing number of corporates to seek financing in the public capital markets rather than loans from commercial banks," he continued.

Scott Boothby, head of high yield at Commerzbank, echoed that sentiment in his presentation. German high yield issuers are among the most active in Europe suggesting that the asset class has begun to shed its negative connotation among corporate Germany. Borrowers in cyclical industries have benefitted in particular, favouring the more flexible financing terms that high yield bonds can offer. Despite the German market being characterised by relationship banks that offered much lower rates to borrowers than their European counterparts, Boothby noted that bank lenders were becoming more selective which was leading to the rise of borrowers having to explore alternative options, including high yield.

Which growth story is best for a bank versus fund?

Another alternative is being provided by direct lending funds. In a panel on how these new market entrants were penetrating Germany's relationship-based lending culture, private equity speakers admitted that they have much more choice when looking for finance. Banks remained very supportive according to the panel but they will talk to a broader range of lenders including alternative capital providers. Regardless of the type of lender, speed and certainty of delivery were important factors when choosing a debt finance package.

With no credit committee, direct lenders claim that they are able to move faster than traditional bank lenders. However, this is not always the case according to speakers at the event. Mid-market private equity borrowers are benefitting from the competition among unitranche providers, but debt funds can still be quite prescriptive. Instead, it was proposed that a company seeking to pursue numerous add-on acquisitions would get more flexible terms from a direct lender than the relationship bank. 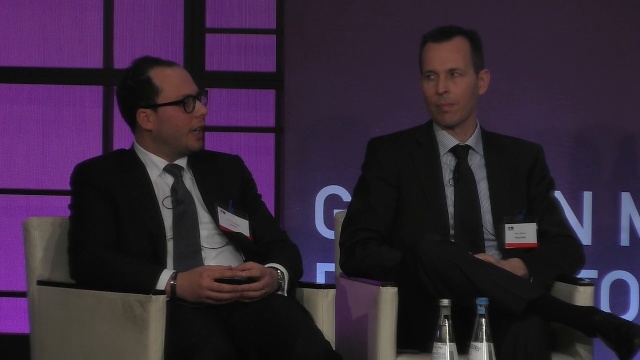 Video: Which growth story is best for a bank versus direct lender?

The panel examined what kind of request makes for a "bank story" vs a “unitranche story”. What projects can banks support and which are more challenging? Which sectors present a more difficult risk profile for credit committees and why? Borrowers and lenders offer their perspectives on raising debt; can the hausbank still be relied upon for all funding requirements? Which projects or strategies have been challenging to finance through relationship banks?

Mergermarket's Germany Forum returns to Düsseldorf in March 2017, providing finance leaders with the latest trends in capital raising and M&A. To receive more information about what will be covered and by who at the Mergermarket Germany Forum 2017, subscribe to email alerts below.