German deal flow has ticked over steadily this year, but private equity’s contribution has been fractional to date. Yet dealmakers are confident that a strong year lies ahead, spurred on by a favourable seller’s market and competing buyers with money to spend.

Year-to-date, Germany has seen EUR 40.1bn worth of deal activity over 153 transactions, presenting a strong start to the year. However, only 38 of these, amounting to EUR 1.4bn, derived from private equity buyouts.

However, this should not cloud the market’s overall picture.

“I am carefully bullish about German M&A and the prospects for 2018 and beyond,” Andreas Loehdefink, Partner at Shearman & Sterling, said during the Mergermarket Germany Forum 2018 in Duesseldorf last week.

While the contribution of private equity deals so far is comparatively minor as Q1 draws to a close, there remains time and plenty of money for buyouts to liven up 2018. Last year there were a total of 171 PE buyouts in Germany, totalling EUR 13.7bn, according to Mergermarket data.

So far this year, General Atlantic has bought a 25.1% stake in technology firm NuCom Group for EUR 300m from German media conglomerate ProSiebenSat.1. The previous year saw large private equity consortia team up for mega assets such as CeramTec, which was bought by BC Partners together with Ontario Teachers' Pension Plan and Public Sector Pension Investment Board from Cinven for EUR 2.6bn. Stada Arzneimittel was also acquired by a private equity consortium of Cinven-Bain for around EUR 5.2bn, according to Mergermarket.

Panellists at the conference agreed Germany is an active market, particularly on the demand side. An abundance of money; an increasing number of family office investors handling large fortunes; foreign investors keen to invest in Germany; and attractive valuations tempting non-sellers to consider cashing-in, is creating a natural deal flow, panellists said.

Advisers agreed it is an excellent time to sell in Germany, with financing and valuation numbers returning to pre-crisis levels. In 2017, the average deal leverage reached 6x and valuations normalised around 11x EBITDA; figures not seen for the last decade, panellists said.
Seeing the market tick upwards, many firms are taking the opportunity to gauge valuations and in some cases, sell at a healthy price. However, price expectation remains a significant hurdle between sellers and buyers looking to transact.

Still not all discussions end in deals. Much of the time sellers do not receive offers matching the price they are seeking, and so collapse. Moreover, buyers can afford to become choosy as the competition within processes swells, and there is more equity to be disbursed elsewhere.

In the German market particularly, many mid-cap targets coming up for sale are also suppliers to major OEMs, some of which have been dogged by the diesel emissions scandal surrounding automotive production. This can lead to an unsuccessful process from the outset, panellists said.

Industrials and chemicals deals made up 51.6% of overall deal market share in Germany throughout 2017 to date, according to Mergermarket. This amounts to 360 deals worth EUR 78.3bn, followed by Energy, Mining & Utilities, which made up 28.4% of total deal market share.
Overheated market
Globally, M&A has reached USD 1tn this year, and reached USD 3.1tn in total in 2017, so it is clear that dealmakers face an overheated market, according to the panellists.

While valuations are up, the number of transactions are down around 17% globally - a trend reflected in Germany. Buyers are only looking at very specific assets at full value, leading to very selective and disciplined M&A, they said.

In the meantime, the quality of assets in Germany has improved significantly as the result of a more competitive environment, meaning investors focusing on Continental Europe are taking more of an interest in Germany than before, a panellist said.

While Germany has attractive targets and an open policy towards investors compared with other countries, it should also be noted there are a finite number of targets, and only a certain number of mid-cap assets in Germany that generate sufficient revenue to be part of such sale transactions, panellists said.

“Wherever there is direct competition between strategics and private equity, I think private equity will probably lose out in the end,” Loehdefink said. “But I think we will continue to see a strong private equity market in Germany throughout 2018.”

There are certainly clear instances of sales to strategic players taking place when private equity never stood a chance, one of the panellists said. For financial investors, it is key to identify such situations early on and decide against a process. 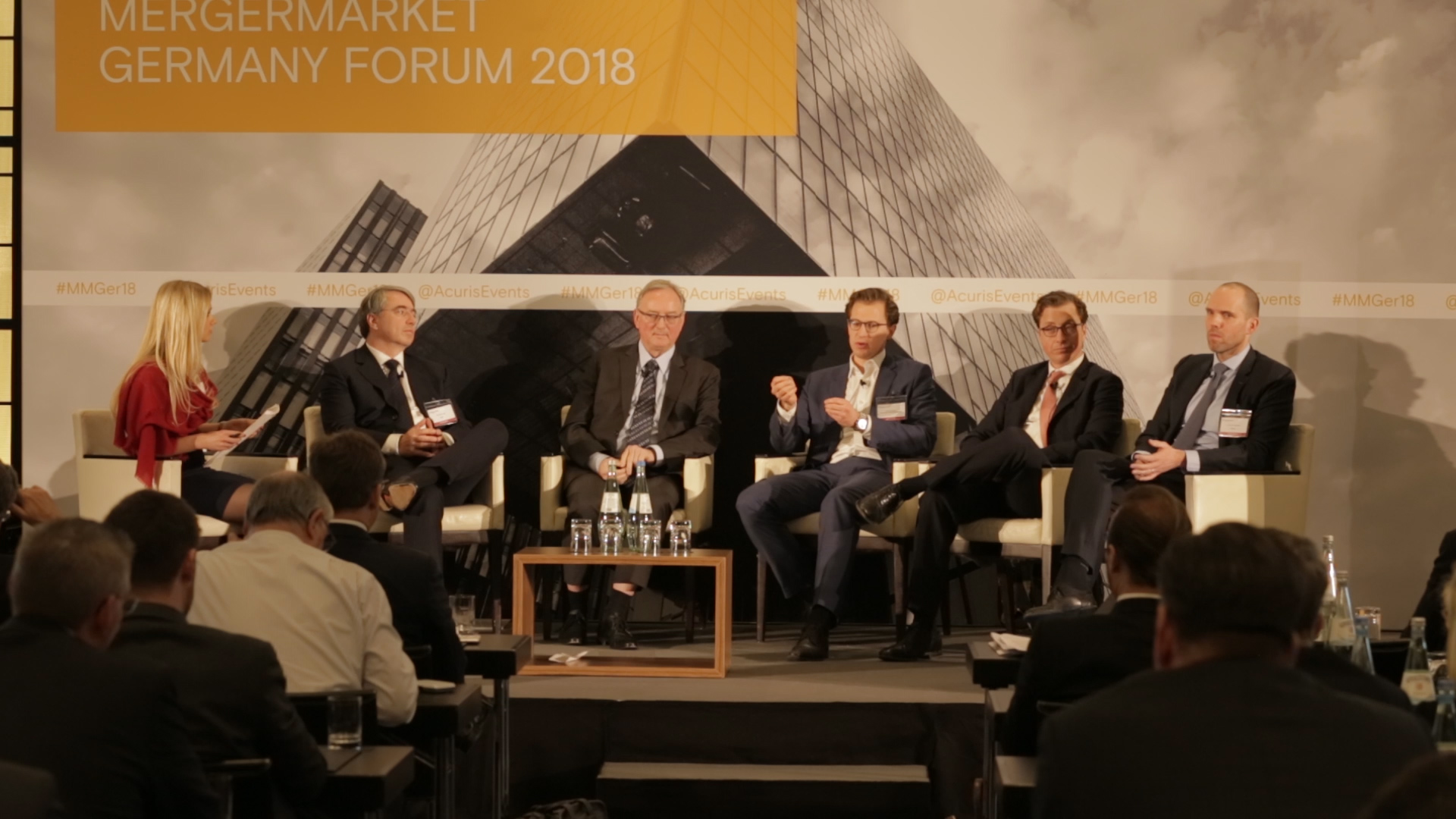 Investors are increasingly feeling the pressure to differentiate in a market that is becoming more crowded by new entrants each year. One panellist estimated around 16 new players entered the German private equity market in 2017.

As a result, investors are changing perspective to a longer-term strategy and more LPs are seeking such alternative approaches. This could pressure traditional private equity models to adapt, as more flexibility will be needed relating to fund lifespans and sale timeframes.

Specialised funds are increasingly operative, threatening to squeeze out conventional private equity houses in what could become an overcrowded market, the panellists said.

With a consistent number of deals, new entrants need to be more competitive, particularly when dealing with small-cap firms, the panellists said.

There is still room for business with a more focused strategy and financial investors will need to differentiate themselves to make money. Investment models will need to change, in particular when handling technology investments, that tend to be better suited to a longer ownership timeframe so as to develop and grow, the panellists said.

From a macroeconomic perspective, low interest rates are likely to remain for the foreseeable future, and low unemployment figures make for a positive environment. Combined, these create the perfect backdrop to stir up deal flow over coming years and it should remain buoyant, they said.

However, German powerhouse stability and M&A levels hinge very much on outside influences, as reported by Mergermarket last week.