Even as the DACH region begins to ease lockdown measures, the COVID-19 impact on dealmaking will be profound and long-lasting. Due diligence criteria to value companies will become more stringent, requiring targets to provide evidence that they can survive another crisis and prepare for supply-chain disruptions.

Exit preparation measures are taking on a new importance, and where in the past due diligence has been done under considerable time pressure, now M&A advisers are seeing the value in starting the process earlier, said Christoph Nichau, Transactions Services Partner at Wachter Digital Partners (wdp). More time will be spent on deal preparation and vendor optimisation ahead of a process.

DACH deal volumes nosedived to 65 deals in March and 43 in April, down 44.6% compared with March and April 2019 (195 deals), as the coronavirus pandemic spread across Europe and lockdowns were enforced. 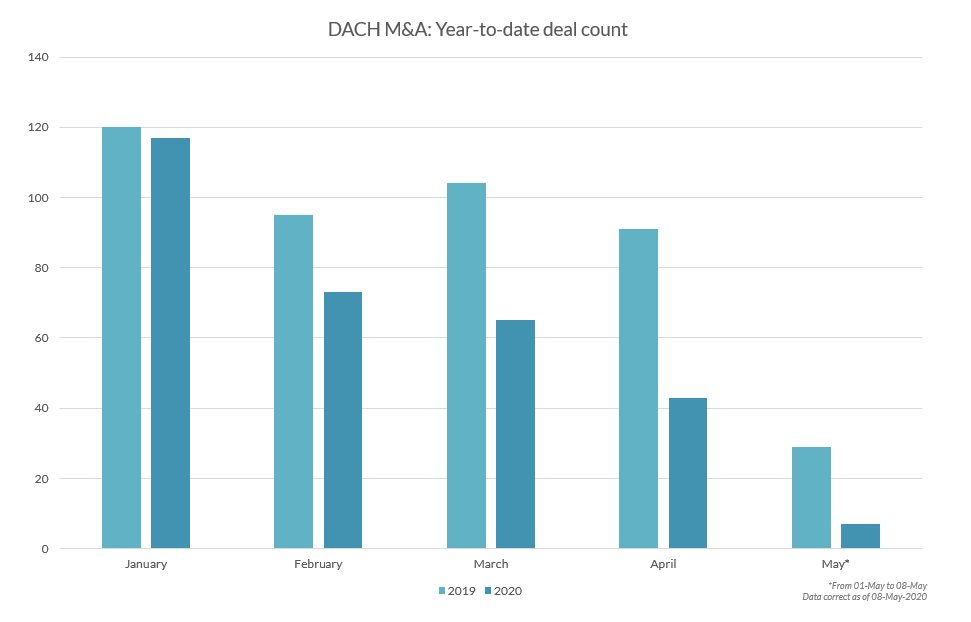 For many industries, what happens in the factories is important, and you need to see the factory running; you will not see a normal day in factories during lockdown, a German industrial holding source said. Without subsequent due diligence you cannot secure financing, so some deals will not happen, a German banker added.

Management meetings, traditionally held face-to-face as a way of building trust, are now virtual, and companies are having to adapt, allowing more time for transactions. As the region sees some shops and factories reopening, dealmakers anticipate that by the end of May virtual site visits can start being replaced with the real thing, at a social distance.

Dealmakers are finding more time is needed for online-only transactions. “Personality doesn’t transmit easily by video conference because the internet filters the emotions of a person. But emotions are important for building trust,” said Clemens Beickler, Managing Director at Codex Partners. A Berlin-based venture capital source claimed that exits cannot happen virtually. “It’s like dating without meeting, it won’t work for new deals,” he said.

While there are several layers in deciding to invest – including KPIs, business model, market, personal trust of management – it will still feel uncomfortable to sign a deal without meeting in person, Nichau said. This hurdle to building trust implies that the speed of M&A processes will be slower, Beickler said.

For others, it is a more fundamental shift. "We are looking at a solution to deploy a tablet carried around by someone on site," a commercial due diligence specialist said. These advisers are approaching virtual site visits not just as a COVID-19 response but as a more long-term solution to cheaper ESG mandates and staff training, this source said.

There is a lot of “learning by doing,” a second German banker said, adding that it was encouraging, even in the middle of the crisis, to see how far processes could go. Indeed, some due diligence practitioners are finding it better than before. “It is easier to get management on short Zoom calls than it was to arrange face-to-face meetings,” Nichau said, adding that as the whole team can attend online, there is no need to feedback the meeting at a later stage. The “new normal” may mean deals have to conduct virtual due diligence, regardless of preference, a Berlin-based tech investor added.

Larger investors are doing this too, though a certain amount in the transaction process is based on longstanding professional relationships, a private equity executive said. Yet there are benefits to digitalising the process, and COVID-19 is perhaps the push that Germany needed to step up its game in this respect, in turn benefitting assets and investors.

For example, Nichau has recently been working with a business selling prefabricated houses, which was exposed during the pandemic as its operational model included physical meetings. In these sample house parks, all marketing and sales were offline, and the contingency plan here was to adapt the whole business virtually. Over a period of three months swift adaptation, sales representatives in the house now use a selfie stick along with a drone camera to offer customers a virtual house visit, he explained.

As valuations decrease in an uncertain economic climate, buyer and seller expectations are also having to adjust, indicating the pandemic’s ultimate impact on deal making.

Over recent years, transaction values have increased showing an inflation of asset prices - now dealmakers need to reassess adequate value. “The standard question in any due diligence now is: what is the impact of COVID-19 on this business?” Beickler said. How we value companies is changing, and as prices are balancing out, it may lead to more realistic valuations, said Stefan Marquart, Senior Business Consultant at Invensity.

From the start of March to May, DACH values were up 18% year-on-year at EUR 24.3bn, largely due to the pending EUR 17.2bn sale of ThyssenKrupp's [ETR:TKA] elevator business to a consortium led by Advent, Cinven and RAG foundation, according to Mergermarket data. However, deal count halved compared to the same period, with 109 fewer deals than in 2019 (224 deals). Deal activity is expected to continue at a slower pace for the next months, as targets reassess earnings and buyers spend longer on due diligence.

With too much volatility, dealmakers cannot know yet what numbers will look like, a technology banker said, adding that he anticipates assets to come to market in September if the situation develops as expected.

“Early-stage deals have stalled without exception, and late-stage deals have completed if close to signing or in cases where deal financing was clear or all equity,” Nichau said. Many processes in the DACH region have been impacted by the COVID-19 crisis, as reported by Mergermarket, though it depends how advanced the process was and how much the potential investor had already seen of the potential target, the second German banker said. 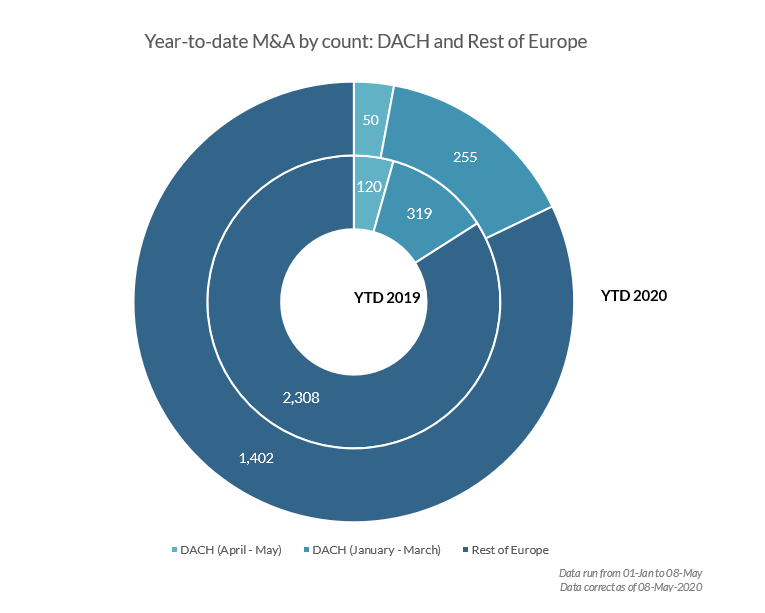 While private equity firms might be using the downtime to focus on portfolio optimisation and support firms most affected by the pandemic, "they are still screening IMs in preparation for the right moment, and dry powder will bring them back to the buyer’s table,” Nichau said. Some funds are re-visiting IMs from processes that never went through in 2019, seeking the chance for a more attractive valuation in 2020, he said.

While some firms see this as an opportunity to seize buy-and-build transactions, a chance to streamline portfolios and reorganise industries, others will use scenario-based due diligence to help prepare for the future, Marquart said.

Smaller funds and family offices are more likely to take that acquisition risk now rather than larger private equity investors, Nichau added. Smaller funds see their chance to acquire targets that are in financial distress due to bad management but offer a good business model long term, he said.

In any case, businesses will need to prove long-term sustainability as buyers look for proof of survival beyond the coronavirus crisis. 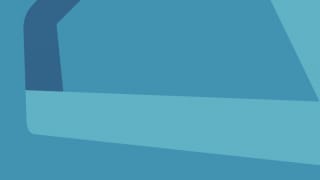