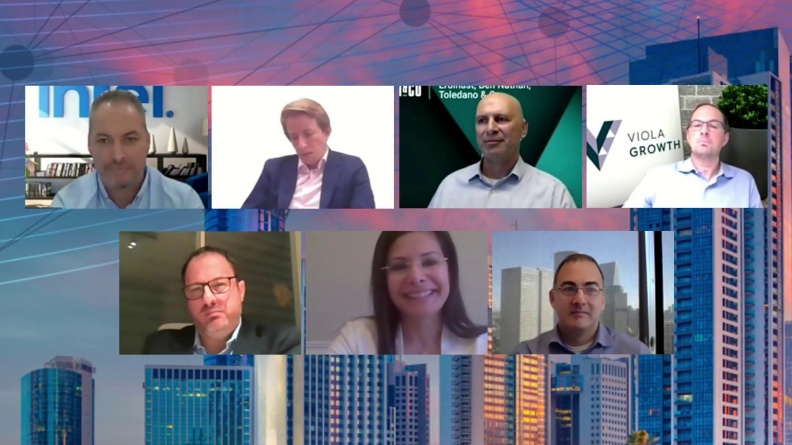 Noam is an investment director at Intel Capital focusing on investment opportunities related to Israel.

He was part of the investment team of two prominent Israeli Venture Capital firms: Gemini Israel Ventures, where he took on the role of Principal between 2013 and 2016, and Ofer Hi Tech, where he operated as Investment Manager between 2008-2011. Application Development and Deployment.

In between his two VC tenures Noam founded and led VentureApp, a startup company providing cloud based services for investors.

He later merged its services to Balink, a cloud applications service provider which he joined as VP Business Development, prior to the company’s acquisition by One Group.

he served on the Boards of several such companies as Jfrog (2020 IPO), SAmanage (acquired by SolarWinds) and CmyCasa (acquired by AutoDesk) and now serves on the boards of DustPhotonics, Model9, Overwolf, Panoply and Alcide.

As leader of the Hi-tech, Start-Ups and Venture Capital team, Roy is a major partner in our M&A department – and his presence in this section is well merited.

Roy has been involved in a string of high profile transactions, including the largest management buyout transaction ever conducted in Israel, representing NSO Group Technologies Ltd. and its founders Shalev Holy and Omri Lavie in the USD 1 billion deal and Hellman & Friedman LLC’s recent acquisition of Checkmarx Ltd. (Publishable Matter 1), and many more.

Eran is a former CEO and technology executive with more than 20 years of business leadership developing and executing strategies in challenging markets.

He has a vast track record of building and integrating strong teams, managing large M&A deals, and leading companies to growth.

Eran was appointed CEO & President of Vidyo after serving as the company’s Chief Revenue Officer. He personally led Vidyo’s financial services focus and closed 7 of the top 25 largest banks in the world transforming customer engagement in banking.

He also expanded the company’s focus in healthcare securing a premium customer roster including over 2500 hospitals, doubling revenue in this sector with a patient reach of over 50M telehealth users around the world.

Prior to Vidyo, Eran served as EVP of Global Business, President of Asia Pacific and VP of EMEA at Ceragon Networks, the largest independent supplier of wireless backhaul systems. He joined Ceragon as one of the first 15 employees when the company was pre-revenue and built a global organization of over 800 people across Asia, Europe, Africa and the Americas. Eran built the sales, marketing, finance and HR teams and led the global GTM strategy, generating over $450M in revenue.

Gadi Krumholz is Vice President, Corporate Development at SAP. As a direct report to SAP's Global Head of Corporate Development / M&A, Gadi leads SAP's partnerships, investments and M&A activities in the buzzing Israeli innovation ecosystem as well as in parts of Europe and APAC. He recently led the acquisition of Israeli-founded, Vienna-based Emarsys, the leading independent customer engagement platform and has led investments in Israeli startups including PlainID and Totango.

Before SAP, Gadi was VP of Corporate Development at Nokia Networks where he played a leading role in 4 acquisitions. Previously, Gadi held the roles of Global Head of Corporate Strategy at Amdocs and Director of Business Development at Aviv Venture Capital. Gadi holds an MBA from the Interdisciplinary Center (IDC) in Israel.

Tali Sealman is a partner in White & Case's global Mergers & Acquisitions and corporate practice, based in Silicon Valley.

Tali's practice focuses on private and public M&A and general corporate representation of emerging technology and life science companies and venture capital investors. Tali represents strategic and financial buyers and sellers in public and private acquisitions. Tali also represents companies at all stages of their lifecycle and across a broad range of industries, including software, enterprise, security, digital health, fintech, gaming, and blockchain.

Shay is an experiencedentrepreneur and investor.  Shay is the Managing Partner of GreenfieldPartners- a technology Investment Fund focused on Growth stage technologycompanies. Shay is also a senior advisor to TPG Growth- A Private Equity fundbased in San Francisco.  Prior to that, Shay was the CEO of IlluminareBiotechnologies and Managing Director of Thylacine Capital, a family officeinvesting in technology and real estate.