Klaus-Anders Nysteen on Leadership during a complex and transformational deal

Klaus-Anders Nysteen on Leadership during a complex and transformational deal

In November 2016, Lindorff and Intrum Justitia announced their intention to combine and create the industry leading provider of credit management services ("CMS"). The transaction is valued at SEK 39.1bn.  It is subject to the approval of EU regulatory authorities and is expected to be completed during the second quarter of 2017.

Lindorff’s CEO Klaus-Anders Nysteen will be discussing in our Fireside Chat: Leadership during a complex and transformational deal, his first-hand experience leading Lindorff through an industry-defining combination “in the making”.

Klaus-Anders Nysteen joined Lindorff as CEO in 2015. He was previously CEO at Entra ASA, one of Norway's leading commercial real estate companies, listed on the Oslo Stock Exchange in 2014. His other previous positions include Managing Director of Storebrand Bank ASA 2006-2010 and CFO of Statoil Fuel & Retail ASA, 2010-2013, where he led the company’s IPO-process on the Oslo Stock Exchange in 2010. Nysteen’s broad experience also includes the roles of CFO and acting CEO at Posten Norway and at Hydro Seafood, as well as various positions within the Norwegian Armed Forces.

The combination of Lindorff and Intrum Justitia would create a highly diversified European CMS operator with presence in 23 European countries, more than 8,000 employees and estimated revenues of approximately SEK 12.2bn (around €1.3bn). 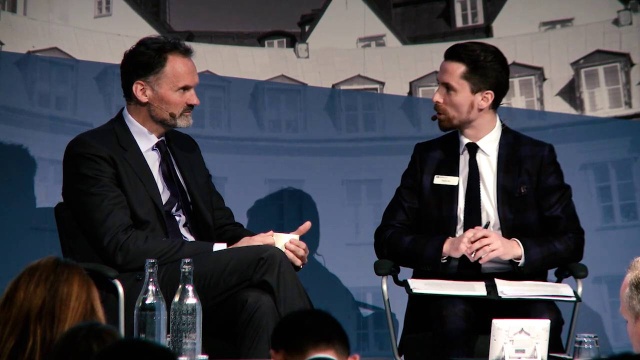 Fireside Chat with Klaus-Anders Nysteen: Leadership during a complex and transformational deal

Watch Klaus-Anders Nysteen CEO at Lindorff speak about their recent merger with Intrum Justitia at the Nordic M&A and Private Equity Forum in Stockholm.