A spate of privatisations across Arab nations provided a backdrop to an otherwise muted year of mergers and acquisitions within MENA as the region reached USD 24.2bn across 118 deals. Mergermarket discusses drivers expected to guide M&A throughout 2019.

Middle Eastern and North African M&A shifted between quarters last year as the value and volume of deals was led by local trends involving privatisations and ongoing geopolitical tension.

ACWA Power is another electricity supplier in the throes of preparing to float, this time in Saudi Arabia, and remains earmarked to take place during the first half of this year.

Energy kept its usual seat at the top of the table as the best performing sector and made up 27.8% of last year’s deal value. ADNOC’s continued sale of offshore assets contributed greatly and included selling stakes in Umm Lulu and Sateh Al Razboot concessions to Compiania Espanola de Petroleos for USD 1.5bn 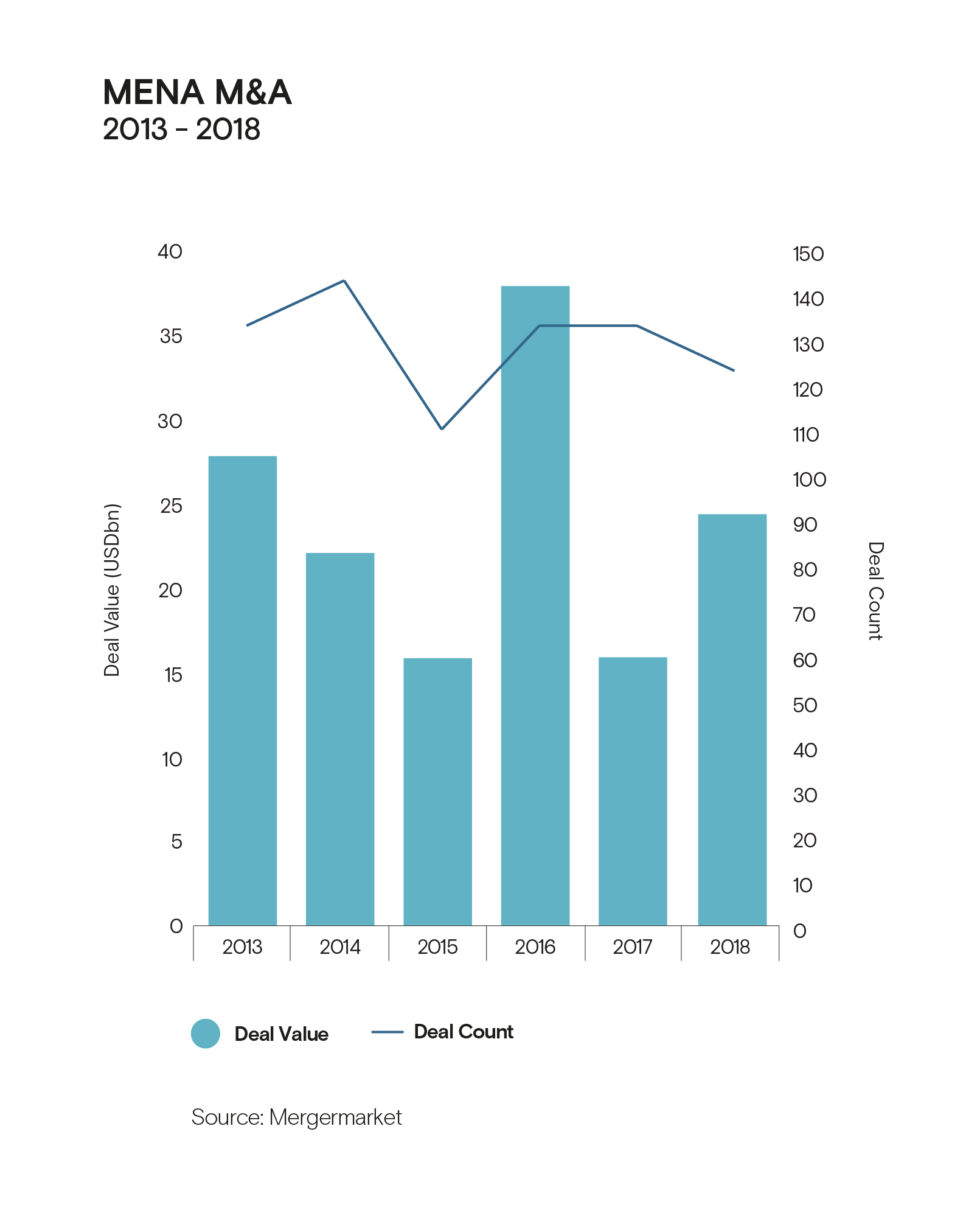 Saudi Arabia accounted for USD 6.2bn worth of deals throughout 2018, giving it a 25.6% share of all Middle Eastern deal value. Saudi British Bank ended the year as the biggest spenders in the kingdom having shelled out USD 4.7bn on Alawwal Bank

Amendments made by the kingdom’s Capital Market Authority in an effort to improve accounting standards and transparency, it hopes, will help attract a new wave of foreign institutional investors

Domestic Saudi dealmaking became key in keeping numbers for the year afloat after suffering a significant dip in the number of foreign investors; a trend heightened by the murder of journalist Jamal Kashoggi in October.