Jadeberg is in talks to sell one of the eight remaining investments in the next two months, and is prepping two to three portfolio companies now as it heads towards realising the fund “no later” than 2021, he said, declining to provide more details on the upcoming asset sales.

The firm is handling transactions in-house, he said.

The fund's focus was on acquiring minority stakes of companies based in Switzerland, Germany or Austria with a broad emphasis on software and technology. The “sweet spot” for investments for the fund was between EUR 3m and EUR 5m, Habichler said. Jadeberg raised EUR 44m for the fund, he added.

Jadeberg is not looking to raise a new fund but will continue to invest on a deal-by-deal basis, he added.

Click here for a full overview of Jadeberg’s funds, LPs and investments on Unquote Data, the Acuris platform dedicated to European private equity. 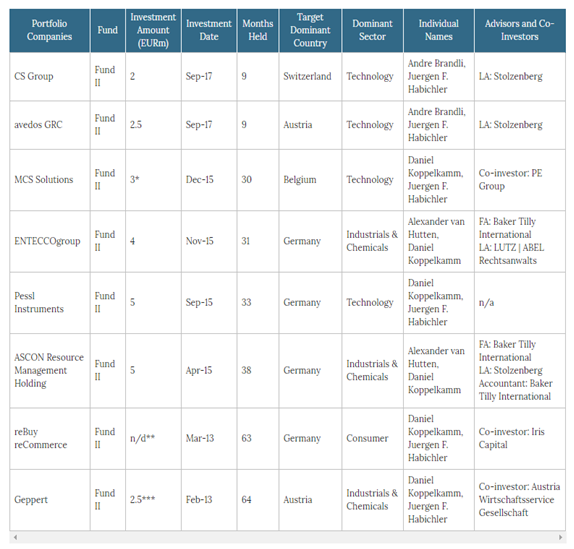 ***Overall EUR 15m was invested in the company together other investors

by Johannes Koch and Mate Taczman